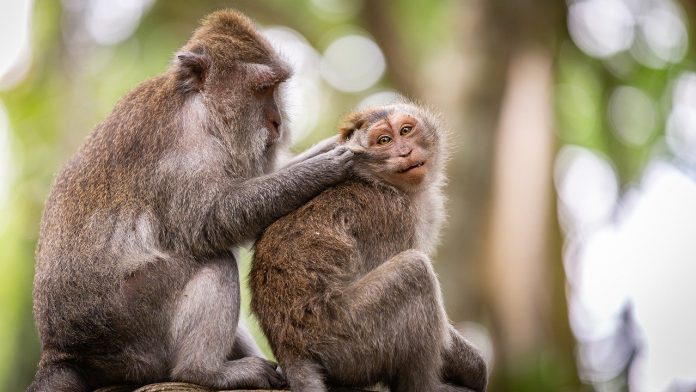 Alert in Europe for the increase in cases of monkeypox, a zoonotic infection (transmitted from animals to humans) caused by a virus of the same family as smallpox (monkeypox virus) but which differs from this for the lower transmissibility and severity of the disease it causes.

The virus was first identified as a human pathogen in 1970 in the Democratic Republic of the Congo.

Worldwide there are 780 cases of monkeypox in 27 countries where the disease is not endemic. The World Health Organization notes this.

According to a first "monkeypox" risk assessment ofEcdc, European Center for Disease Prevention and Control "between 15 and 23 May, a total of 67 cases were reported in the EU in 9 Member States (Austria, Belgium, France, Germany, Italy, Netherlands, Portugal, Spain, Sweden) ".

In Italy as of May 25 there are 6 cases of patients who have contracted the virus. The first was identified at the Spallanzani hospital in Rome, a national reference center for infectious disease emergencies. It is a man who returned after a stay in the Canary Islands.

Following the monkeypox alert, the Higher Institute of Health (ISS) has activated a task force made up of experts with the aim of contributing to the constant monitoring of the infection on the Italian territory.

It is a zoonotic infection (transmitted from animals to humans) caused by a virus of the same family as smallpox (monkeypox virus) but which differs from this for the lower transmissibility and severity of the disease it causes.

The name derives from the first identification of the virus, discovered in monkeys in a Danish laboratory in 1958. It is widespread in particular among primates and small rodents, mainly in Africa.

In endemic areas it is transmitted to humans through a bite or direct contact with the blood, flesh, body fluids or skin lesions of an infected animal.

In humans it presents with fever, muscle aches, headache, swelling of the lymph nodes, fatigue and skin manifestations such as blisters, pustules, small scabs.

The disease resolves spontaneously in 2-4 weeks with adequate rest and without specific therapies; antivirals can be given when needed.

Monkeypox can cause more serious disease in some particularly fragile population groups such as: children, pregnant women and immunosuppressed people.

The virus is not easily transmitted from person to person. Human transmission is mainly related to close contact with body fluids or skin lesions of an infected person.

You can also get infected through droplets through prolonged face-to-face contact or with contaminated objects (sheets, clothes…). The data available to date and the nature of the lesions suggest that the virus can be transmitted through intimate relationships.

It is possible that people who have not been vaccinated against smallpox (vaccination abolished in Italy in 1981) are at greater risk of infection with monkeypox due to the absence of antibodies which, due to the similarity of the smallpox virus to monkeypox, may be effective in counteracting this virosis as well.

Post-exposure vaccination (ideally within four days of exposure) may be considered for higher risk contacts such as healthcare professionals, including laboratory personnel, after careful evaluation of the risks and benefits. (see Ministry of Health circular dated 25/05/2022).

The recommendations include staying at home to rest in case of fever and contacting the doctor in case of blisters or other skin manifestations.

As a prevention, it is important to avoid close contact with people with symptoms (fever, swollen lymph nodes, skin lesions especially blisters or scabs).

During the 21 days of surveillance monkeypox case contacts should avoid contact with immunosuppressed persons, pregnant women and children under 12 years of age.

Portugal was the first country to do the monkeypox sequence.

The research team of the Bioinformatics Unit, Department of Infectious Diseases, National Institute of Health Doutor Ricardo Jorge (INSA), in Lisbon, sequenced the virus genome from a sample taken from a male patient on May 4.

The virus that is worrying several countries around the world looks very similar to the one that caused cases in various countries, including Great Britain, Singapore and Israel in 2018-19.

Smallpox of monkeys: for the Spallanzani Institute in Rome a possible link with the Canary Islands

The researchers of the National Institute for Infectious Diseases "Lazzaro Spallanzani" in Rome have completed the first phase of the analysis of the DNA sequence of the Monkeypox virus of the first three Italian cases.

The samples were all found to be similar to the West African strain "with a similarity of 100% with the viruses isolated in Portugal and Germany - the Institute said - We could also be facing a pan-European virus in Italy, correlated with the outbreaks in various European countries, in particular that of the Canary Islands ".

There are three cases of monkeypox found in Italy from a trip to the Canary Islands.

Canary Islands and the spread of the virus to Europe

The Spanish authorities are investigating a cluster of infections from which the spread of the virus in Europe began. It is a party that took place from 5 to 15 May in Maspalomas, Gran Canaria, in which about 100 thousand people would have taken part. Among the participants also people from Tenerife.

The situation is currently under control. 17 cases have been confirmed in the Canary Islands, of which 12 in Gran Canaria and 5 in Tenerife; 4 probable cases awaiting confirmation by PCR in Gran Canaria.

Are there any cases in the facilities where you work?

No, because there are currently no pediatric cases.

What are the measures taken to reduce the spread of the virus?

Monkeypox can cause more serious disease in some population groups, particularly children. What are the risks in case of contagion?

Children are considered a risk group because they are not protected by any vaccine and therefore susceptible to developing a severe form of the disease. In the case of children with clinical signs and symptoms related to monkeypox, the use of the vaccine Imvanex, approved in 2019 for the prevention of human and monkeypox, has been hypothesized.

What are its recommendations?

In case of symptoms compatible with the disease, contact the reference hospital for a PCR to be performed.

She is an Italian pediatrician and currently works at the Tincer Health Center, Santa Cruz de Tenerife and Hospiten Rambla University Hospital. Can you tell me your path?

Graduated in Rome, specialized in Pediatrics in Bari with a year and a half of training abroad in Tenerife. This period was enough for me to decide to stay and work here in the Canaries.

Why did you decide to move to Tenerife?

In the Canary Islands there is a unique lifestyle, plus there is a desperate need for pediatricians. The children's 30% is attended by family doctors. This job opportunity linked to the personal one made me choose this beautiful island.

In your experience, what are the advantages and disadvantages of working abroad?

The biggest drawback is the distance from home and from their loved ones. The greatest advantage is the possibility of enriching one's training background with different experiences that could not be lived in Italy.

What are the main characteristics of Spanish healthcare?

The family doctor and pediatrician are public employees at 100%. You work in ASL-style public structures called Health Centers in close contact with other health professionals such as nurses, physiotherapists, auxiliaries, midwives, psychologists, social workers, etc ...

How important is the experience abroad for an Italian doctor?

I would say it is fundamental, I always advise Italian postgraduates to go abroad, even simply to see how our colleagues work in the world.

Have you ever thought about returning to Italy?

No, currently I don't think that the working conditions in Italy can in any way equal those in Tenerife.

Load More Segui su Instagram
This error message is only visible to WordPress admins
Error: There is no connected account for the user 17841409304447728.
© Copyright 2017-2022 | © Italian Healthcare World Journal
We use cookies on our website to give you the most relevant experience by remembering your preferences and repeat visits. By clicking “Accept”, you consent to the use of ALL the cookies.
Cookie settingsACCEPT
Manage consent