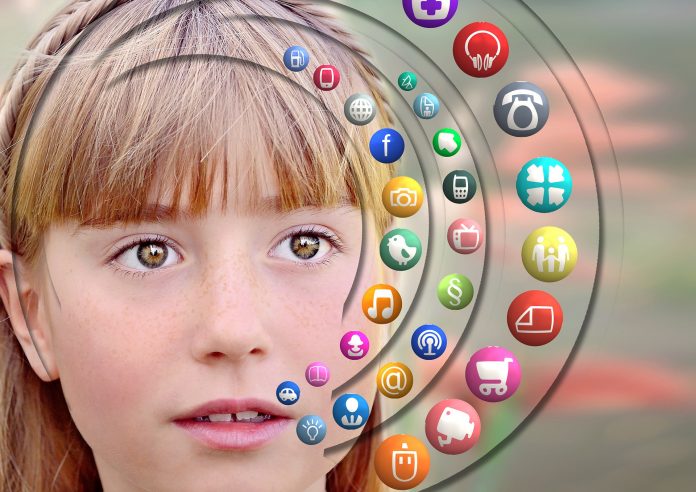 Is the internet bad for you? To date, the scientific community is not yet able to answer this question, but research is being conducted to understand the dangers associated with the (ab) prolonged use of digital networks for generation Z.

One study realized by Department of Psychiatry of the University of Montreal, Published on JAMA Pediatrics, on a sample of about 4000 Canadian adolescents, found a relationship between the prolonged use of digital networks (frequency of exposure) and the increase in symptoms of depression. In particular, if teens watched programs or were on sites that encouraged them to "measure up" with other people - so-called "upward social comparisons" - they were more likely to have lower self-esteem. He also talks about the relationship between self-esteem and social networks The Social Dilemma, the Netflix documentary directed by Jeff Orloswki starring former Silicon Valley employees. "Social media dig deeper and deeper into the brain stem and take control of children's confidence and identity".. Tristan Herris, head of the Center for Humane Technology and former Google heretical design.

What is the link between the mental health of preteens and the use of social media?? ""It is a question that research worldwide has been trying to answer for several years now but the conclusions are not univocal", explains Dr. Claudia Marino of the Department of Developmental Psychology atUniversity of Padua and Visiting Researcher at the London South Bank University. Dr. Marino has participated in scientific research, most of which are the result of international collaborations on the problematic use of social media and video games in adolescents and young adults. (processes of peer group influence ), emotional and cognitive (emotional regulation and meta-cognitions) linked to the development of the problematic use of the internet.

The inability to disconnect from the virtual world is a growing phenomenon."Do you check your smartphone before you pee in the morning or after?".This is the question from Roger McNamee, Facebook early investor Venture Capitalist, in The Social Dilemma.

Doctor, can we talk about social media addiction?

Not yet. Social media addiction is currently not recognized as such by the scientific community. Only the disorder from the use of video games (both online and offline) was recently included in the International Classification of Diseases (ICD-11). This is why we speak of "problematic use of social media". It is a phenomenon characterized both by some elements attributable to disorders due to traditional and behavioral addictions (for example salience, tolerance, compulsive use, withdrawal symptoms) and by other behaviors strictly linked to the "social" nature of technologies (for example, preference for online social interactions and the pressure to always be connected). Hence, the problematic use of social media is characterized by the difficulty in regulating emotions, thoughts and behaviors that cause negative consequences in the daily life of children in terms of family and friends conflicts, poor concentration, school problems and disorders of the sleep.

In the United States between 2011 and 2013 there was a huge increase in states of anxiety, depression and even hospitalizations for self-inflicted injuries among preteens. Cases of hospitalization due to self-inflicted injuries rose by 62% for girls aged 15 to 19 and by 189% for preteens. This trend is attributable to social media. Generation Z, children born after 1996, are the first generation in history to have landed on social media from middle school. A more fragile, anxious, more depressed generation”. Says Jonathan Haidt, American psychologist in the most discussed documentary of the moment.

We are talking about a generation Z, especially female, more fragile, vulnerable to the stimuli of social networks with very serious depressive consequences.

The data are certainly impressive. The new generations are practically born "handling a smartphone " and I believe that a link between mood disorders at an early age and the problematic use of new technologies can exist, especially in terms of greater difficulty in regulating emotions, thoughts and behaviors. For example, by "compulsively" shaking Instagram, the emotions that a teenager feels suddenly change over the course of a few seconds based on the contingent stimulus (eg, a photo of a friend he is jealous of, the notification of a new follower, a photo a party he wasn't invited to, a photo of an influencer he'd like to be like, the attention his latest story received, etc.). The continuous and repetitive alternating of different emotions and thoughts (both positive and negative) is very expensive from an energetic and emotional point of view and needs self-regulating skills that preteens are not fully equipped with. In this regard, it is possible that the later generations will struggle regulating their mood. However, it is important to consider that the association between problematic use of social networks and depression is not absolute, but a series of individual and contextual characteristics that influence this relationship must be taken into account.

It sounds rhetorical but you can intervene early with adequate education in the use of social media. An education that starts from kindergarten and is focused not only on aspects such as privacy and online solicitation but also and above all on the construction of the idea of oneself and of the other, on the recognition and expression of their emotions, on the processes of social influence between peers and on the beliefs that children and young people develop regarding the importance of social media. Obviously, the consistent training of parents and teachers is crucial to create an environment in which children are exposed to the same positive educational models of "positive and responsible use" of new media.

How to understand that an hardship or discomfort is manifesting before it turns into tragedy?

Once a real depressive state has been identified, the problem arises of how to deal with it from a therapeutic point of view, in general, what is the suggested pathway?

Given the emotional, cognitive and behavioral characteristics involved in the problematic use of technologies, the scientific community suggests therapeutic interventions focused precisely on these aspects such as Cognitive-Behavioral Therapy. Despite the evident and worrying data, it is important to underline that only a minority of European adolescents who use social media (about 7%; HBSC data reaches levels of problematic risk. For this reason, the intervention must also and specially be planned at contextual (family and school) through prevention and health promotion interventions aimed at the entire population.

You don't want to demonize the use of social media

but in our small way the goal is to try to provide young people and families with indications on adequate education in the use of social media which, in the modern era and in globalization, represent a resource.

In light of the above, what use can pre-adolescents and adolescents make of social networks?

It would be anachronistic and technically impossible to ask teens to delete and simply forget social media accounts. There are many studies that have shown the benefits of the positive use of social media for example in terms of greater perceived social support, civic engagement and a sense of belonging to the peer group ... therefore, positive use includes: using social media to "support ”Social relations without completely replacing them with online interactions; use social media as a tool to achieve a specific and conscious goal rather than to spend some time; be aware of how much what we do and see on social media influences us and re-establish priorities; agree with friends on reaction times to posts and messages; ask for help when we feel that our levels of concern about what is happening (or not happening) online rise to the point of not being able to think of anything else.

Marino, C. (2018). Quality of Social Media Use May Matter More than Frequency of Use for Adolescents' Depression. Clinical Psychological Science, 6 (4), 455.

Monkeypox: Canary Islands and the spread of monkeypox virus in Europe